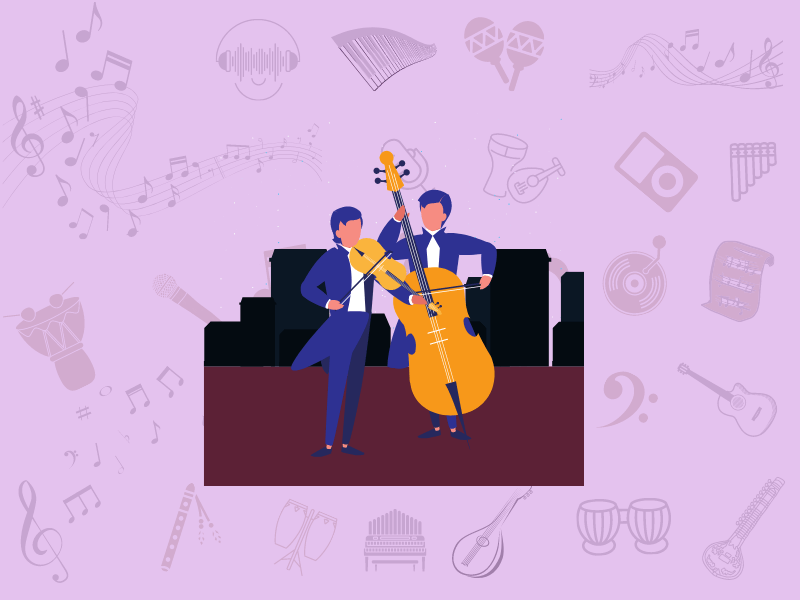 In this article I’ve gathered all the information you need to know to determine the difference between a sonata da chiesa and a sonata da camera.

To be more specific, we will take into examination 6 aspects that make a sonata da chiesa (church sonata) different from a sonata da camera (chamber sonata):

If we want to give a definition of sonata da camera and sonata da chiesa in order to highlight some differences of a terminological nature, we must first start by taking into consideration the meaning of the word that unites them: ‘sonata’.

The term ‘sonata‘ is an Italian word that can be translated into English as ‘to play’, ‘that which can be played’.

The choice of this word is not at all casual, as both the chamber sonata and the church sonata use only musical instruments and do not involve the intervention of singers or the choir.

But let’s go to the differences:

One of the aspects that clearly differentiates a church sonata from a chamber sonata is their playing context, that is, the place where these compositions were actually performed.

The sonata da chiesa, as its name suggests, was written to be performed in the church during mass; the sonata da camera had no ritual connotation and was played in private homes, academies and other public venues or ceremonies.

More specifically, a church sonata was enacted in conjunction with the Gradual, Offertory, Elevation and Communion, as well as the Introit and Deo Gratias.

Sometimes, you could hear it also during Vespers, in place of antiphons.

On the basis of the above, the main function of a church sonata was to accompany the celebration of the mass with a refined instrumental background that was capable of combining musical craftsmanship with a sense of intellectual rigor and moral austerity.

Unlike the church sonata, the chamber sonata had a completely different social function: to entertain the audience with lively rhythms and captivating melodies, aimed at accompanying the eventual dance movements.

Considering that the chamber sonata was intended for secular performance contexts, its compositional style was quite free and centered on simple motifs and engaging dance rhythms.

This is why it was often compared to the suite, a type of composition formed by the combination of several dances.

A church sonata, on the other hand, differed from the stylistic point of view from the chamber sonata due to a greater use of counterpoint techniques, such as the fugue.

Here’s why we can say that writing a church sonata was more difficult than composing a chamber sonata.

Before speaking of the differences in the instrumentation, you need to know that both types of sonata were almost always structured in the form of the trio and used the basso continuo:

the higher instruments were generally two violins and the continuo was entrusted to a viola da gamba or violone, assisted by a keyboard instrument.

While the basso continuo of a chamber sonata was often harmonized by the harpsichord or theorbo, that of a church sonata was frequently developed by the organ.

Before analyzing the structural differences between a chamber sonata and a church sonata, we have to say that both share the same number of parts or movements: four.

A sonata da chiesa is organized in four sections that strictly adhere to a rigid alternation of slow and fast tempos:

A sonata da camera, even though maintains the four-part organization and the combination of slow and fast movements, replaces the two fugues with two dances:

The dance genres more frequently used in a sonata da camera were the allemande, courante, sarabande, gigue and gavotte.

As you can see from the quick analysis of the score, it’s an example of trio sonata, composed for 2 violins, one violone and one organ which are employed to generate the basso continuo:

The sonata starts with a noble and slow movement (adagio) that lasts for two minutes.

Then it’s time for the allegro (2:05 – 3:01), in which Corelli presents a fugue, the element that characterizes this kind of sonata and differentiate it from the sonata da camera.

Corelli continues the composition with a third movement (adagio 3:06 – 5:12) that maintains the opening atmosphere, so solemn and peaceful.

In the last allegro (5:14 – 7:13), the composer makes use of the fugue again in order to reinforce the contrapuntal nature of the sonata da chiesa.

Let me recap the overall structure of the composition:

To give you an idea of a sonata da camera and how it differs from a sonata da chiesa, I’ve chosen the chamber sonata op.4 n°2 in A minor by Corelli:

These dances are separated one from the other by a transition section in a slow tempo (4:36 – 6:44).

Here’s the overall structure of the composition:

As you can see, it follows the four-part structure outlined in the previous section of this post.

As regards the instrumentation, the only difference lies in the fact that the organ has been replaced with an harpsichord. 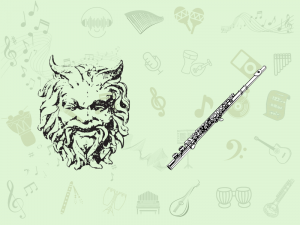 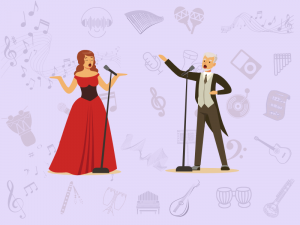 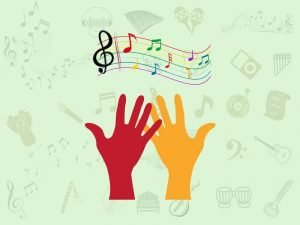 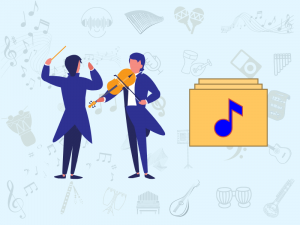 The difference between an opus and a symphony is quite substantial: the latin word “opus” refers to a number which is conventionally assigned to a

Ambush from ten sides: history of a Chinese masterpiece for pipa Ambush from Ten Sides (Chinese: shimian maifu) is traditionally regarded as one of the