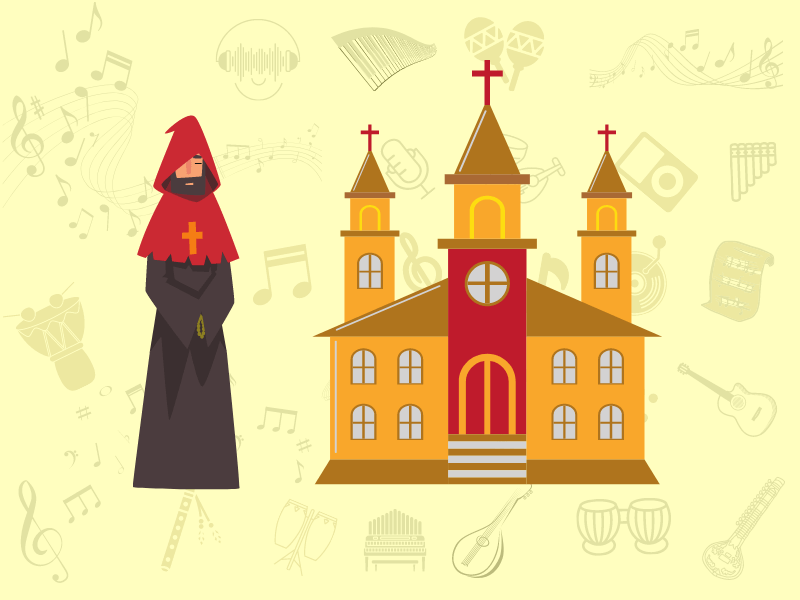 What is the role played by the Benedictine monk Notker the Stammerer (c. 940 – 912) in the music of Medieval Church?

Did he actually invent the sequence?

Was he a music composer or just a talented lyricist?

To answer these questions we’de better start with a quick overview of Notker’s biography.

The life of Notker the Stammerer (latin: Balbulus) revolved around the Swiss monastery of Saint Gall where he received a refined education before being ordained as a monk.

Once he became part of the monastery, Notker acted as a librarian, poet and music composer.

But why was Notker addressed with the epithet “the Stammerer”?

According to Ekkehard, the Benedictine monk had a severe difficulty in articulating words.

Despite this form of stuttering, he was highly appreciated by the Emperor Charles the Fat to the point that became his occasional counselor.

Notker the Stammerer was highly fascinated by the world of sounds and cultivated the art of composition in conjunction with his monastic duties.

As a composer, he gave a valuable contribution to the development of the sequence, a particular genre of Catholic chant.

Notker the Stammerer: a music composer or simply a lyricist?

We all know about the importance of the Abbey of St. Gall in the development of medieval chant.

why is the figure of Notker, one of the Swiss abbey’s monks, so relevant in the history of medieval sacred music?

Scholars believe that Notker’s merit was to have found a way to fit the syllables of a Latin text to the notes of a jubilation, that is, a melismatic passage that occurred during the chant of Alleluja-s.

As a result, he is considered primarily a lyricist since he was involved exclusively in the writing of texts.

There is no robust evidence that he worked as a music composer as well, even though we know that Notker was interested in the topics of polyphony and musical notation.

The Liber Hymnorum (884) is the collection of texts, called Sequences, for which he has earned the right to be mentioned in the history of medieval music.

Liber Hymnorum and the “birth” of  Sequence

It is quite common on the Internet to read that Notker has had the genial intuition of inventing the sequence.

As far as we know from the preface of his book, Liber Hymnorum, he did not create this genre of sacred compositions but worked hard to spread it and systematize its practice, by composing his own sequences and collecting the existing ones.

Reading the preface of the book, it is Notker himself to admit that the idea of linking a text to the parts of an Hallelujatic jubilus came to him after talking with a French monk, who had encountered a certain amount of difficulty in memorizing the prolonged vocalizations that marked the final “a” of an Alleluia.

After a series of experiments, Notker decided to compose his own sequences and share them with his fellow monks, that welcomed the friend’s creative effort with enthusiasm and admiration.

His strategy of using a new text as a mnemonic tool for religious singers spread across the Europe and other monks started to compose sequences.

According to Ekkehard, Notker is the author of around 50 sequences.

The word sequence refers to a series of sacred verses composed for a mnemonic purpose:

helping the monks to remember the exact notes of an hallelujatic vocalization, that is, a precise sequence of pitches intoned on the last “a” of the word “Halleluja”.

These Sequences were created to be performed within the mass, between the biblical readings.

The lyrics used by Notker the Stammerer can be viewed as a sort of free meditation upon religious themes, often inspired by pre-existing texts that covered similar topics.

We are are not certain how many Sequences are to be attributed to Notker since the original manuscript of the Liber Hymnorum did not survive.

Psallat Ecclesia: an example of sequence

Notker the Stammerer’s sequences are characterized by a simple melody that moves in a syllabic style.

By listening to his sequence Psallat Ecclesia, you’ll gain a better understanding of how a syllabic melody works:

As you may have noticed, each syllable of the text corresponds to one note.

The melody of this sequence is not invented by the monk of St. Gall but is derived from the notes of a pre-existing composition, an Alleluja: Laetates Sum.

Notker’s work consisted in adding a text to these vocalizations.

Here you can listen to the original Alleluja from which Notker derived the sequence Psallat Ecclesia: