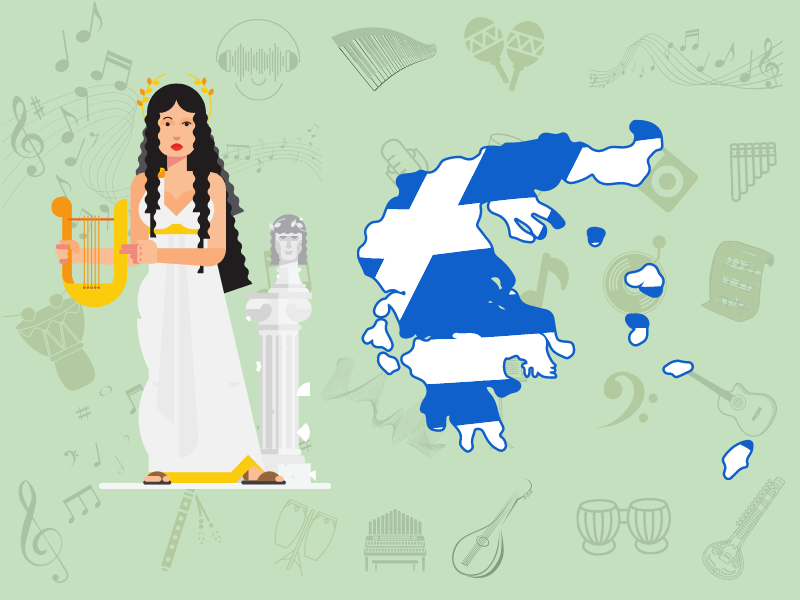 Definition and etymology of mousike

In ancient Greece mousike was a multifaceted word whose origin is not so easy to reconstruct.

The word mousike corresponds to the nominative feminine singular of the adjective “mousikos” which means “musical”.

It is gender oriented for a specific reason:

to indicate that the arts that fell under the category of mousike were mastered, practiced and supervised by a set of goddesses: the Muses.

To be more precise, the noun mousike is the result of an ellipsis:

the phrase “mousike tekhne”, which can be translated as “the practical knowledge of that which is musical, pertaining to the Muses” has become, over time, simply “mousike”.

If you want to craft a good definition of mousike you should not focus exclusively on the realm of music as we think of it in today’s world.

With this word the Greeks referred to the study, practice and performance of not only vocal and instrumental music but also dance and poetry.

Mousike was everywhere in the ancient Greek world: sacred and civil ceremonies, seasonal festivals, dramas, private functions related to the cycle of life, such as weddings and funerals were all accompanied by it.

Even military and athletic events were marked by the performing arts protected by the Muses.

This means that the only way to grasp the true essence of mousike is by analyzing the different art forms comprised in it as a whole and not in isolation.

Music genres in Greece were divided into two categories: citharody and aulody.

Citharody was characterized by the combination of sung poetry and the sound of the lyre while aulody employed the aulos, a double-reed flute.

The lyre was highly esteemed by the ancient Greeks to the point that it was surrounded by a mythical and magical halo, as evidenced by the stories of Orpheus and Amphion.

Mousike and the 9 Muses

Based on what we have learnt in the previous section of this article, the study of the etymology of the word mousike has led us to a group of female deities, called “Muses”.

In fact, the root (mousa) of the word mousike derives from the 9 daughters of Zeus and Mnemosyne.

The Muses were considered by the Greeks as secondary deities.

However, they played a key role in the imaginary of poets, musicians, artists and scientists, astronomers in particular, because they were believed to be the personifications of literary arts, music, visual arts, and science.

In addition to that, the Muses were constantly invoked as the divine source of human inspiration and artistic creativity, the sacred spark that ignited the mind of music composers.

Each of the nine Muses (whose names are listed below) ruled over and oversaw a specific realm of human knowledge:

Three of them were intimately connected to music.

Erato, the Muse of lyric poetry, was represented while playing the kithara; Euterpe, the Muse of songwriting and elegiac poetry, had a flute (aulos) as an emblem; and Terpsichore, the Muse of dance, is commonly described as a lyre player.

In this video you can learn more about the Muses and better understand the reason why they were regarded as the inspirational goddesses of music, literature and science. 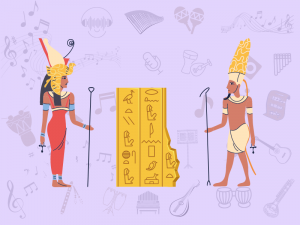 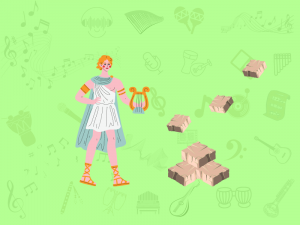